By working closely with the charity, Hales Home Care entered senior management, nominated champions from all branches, and People Services in the Macmillan at Work programme to help staff support colleagues and their families facing a Cancer diagnosis. What’s more, the partnership also focuses their fundraising efforts in order to make the biggest impact.

Various fundraising activities have begun within Hales Home Care branches around the country. The first event they took part in, the World’s Biggest Coffee Morning, raised a massive £1,301.09, with both service users and family members supporting Hales. And, that’s just the beginning!

Nicola Mewse, Hales Home Care Managing Director said, “With this first event proving so successful and many more exciting activities planned in the coming month, we are confident we will achieve our £10,000 target.”
Along with the coffee morning, Hales Home Care are also conducting a Rugby World Cup sweepstake, which has raised £75. And, they’ve also sent Harry Hales on his first holiday to Madeira, Portugal with the MD, which has so far raised £40.

Who is Harry Hales? As part of Hales Home Care’s drive to raise funds for Macmillan, they have enlisted the help from a rather cute little teddy bear. To help Hales towards reaching their goal of £10,000 by 2020, they have launched the “Harry Hales around the world” campaign. 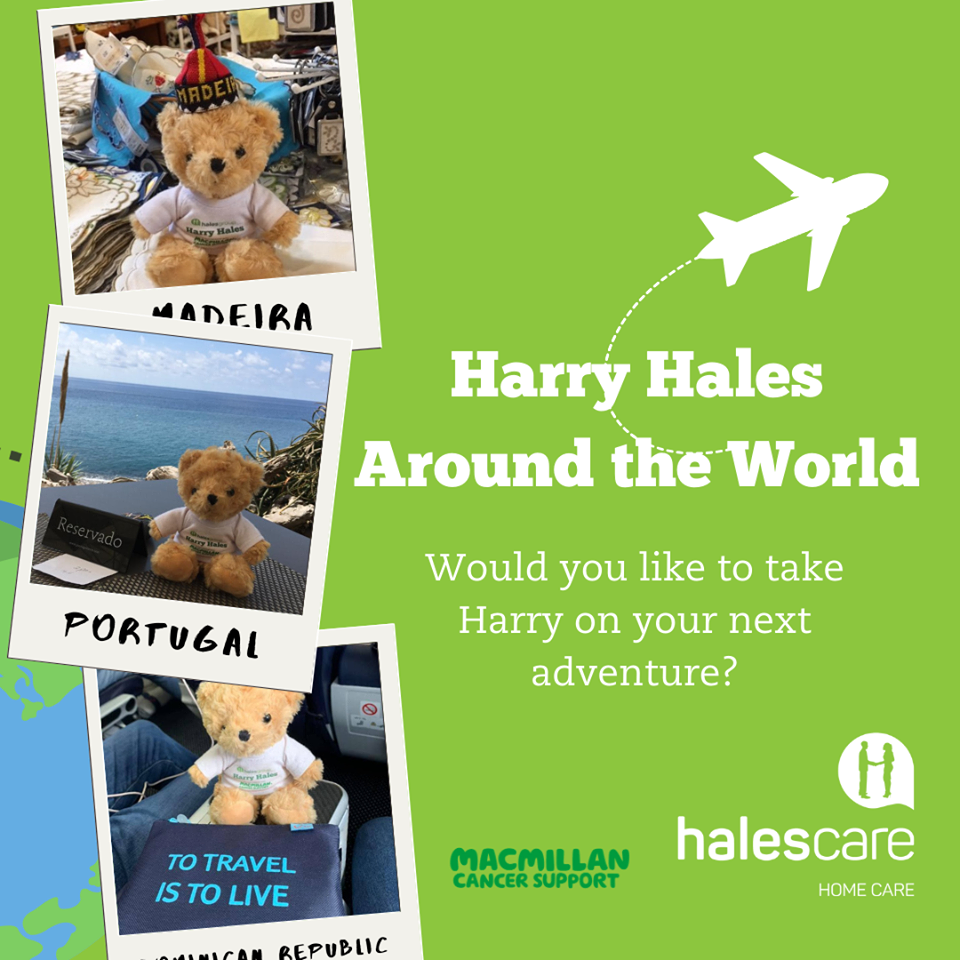 Harry is keen to raise money for Macmillan Cancer Support and is on the lookout for travellers and holiday goers to take him away with them in exchange for a donation.

He’s been a busy bear. Keep up to date with his journey here> Follow Harry Hales on Facebook
If you’d like to take Harry on your next adventure email marketing@halesgroup.co.uk and make a donation to Macmillan Cancer Support, then Harry will pack his suitcase and make his way to join you!

Five Ways to Care for Relatives with Alzheimer’s at Home

Caring for an ageing relative is never easy, but when Alzheimer’s care is needed, things can become much more complex. For example, cognitive and behavioural changes can be very erratic,…

Sarah works as a Care Worker for Hales Homecare in Scunthorpe. On how she began her career in care work, Sarah explains that she’s always wanted to help other people…

Refer a Friend to Hales using the Care Friends app

At Hales Home Care, it’s all about caring. We pride ourselves in looking after our team, with flexible hours, competitive pay, ongoing training, opportunities for advancements and superb employee benefits.…